Folly Beach SC is a very popular choice for individuals and families who desire a casual, carefree and affordable coastal living. From the delightful single family homes of Artillery Point homes for sale to the single detached raised house of East Folly Beach Shores, to the gated residences of Little Oak Island and the newer construction homes of Palmetto Pointe; you will find that Folly Beach has a great deal to offer making it no surprise why many people visit but some never leave!

Folly Beach is also known as the “edge of America” as the most eastern point of land along the Atlantic Coast and home to some of the best surfing on the East Coast! Scope out the luxury beach front homes as well as oceanfront villas that include breathtaking views of the Atlantic and walking distance of the famous Folly Beach Pier. The great part about living in Folly Beach is that you are directly located next to 3 major beach towns. These three towns are Edisto Island, Sullivan's Island, and Isle Of Palms. Each of these beaches comes with its own distinct personality and culture. Obviously, living in Folly Beach, you are going to be able to enjoy the town and scenery on a daily basis. This is a great option for anyone that is wanting more relaxation opportunities.

Folly Beach is just a short drive to the City of Charleston where you can take advantage of world class shopping and some of the best restaurants in the USA. For anyone that loves history, there are very few cities that have more significant than Charleston. This is actually the city where the first shots of the entire Civil War were fired and the historic preservation is considered one of the most important things in Charleston. You can do plenty of different things to keep yourself and your family occupied and having fun including touring one of the many historical attractions. You’ll also enjoy some of the best weather in the country, and on those hot sultry summer days you’ll be within walking distance of the beach! 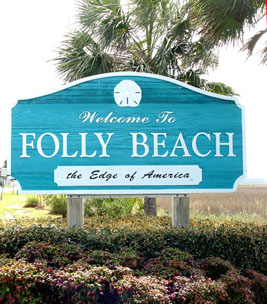 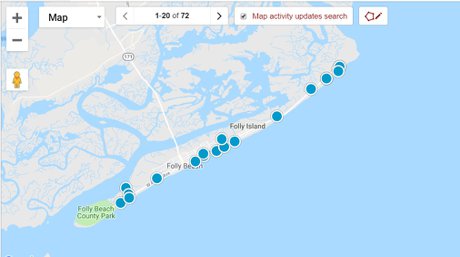